Moles and voles are common pests in Northwest Indiana. While they aren’t as destructive to the inside of your home as rats and mice, they can cause a lot of damage to your property. These rodents live underground and frequently ruin gardens, lawns and landscaping. They can even pose issues for your home’s foundation or septic system! Luckily, the expert team at McCoy Wildlife Services has years of experience removing and excluding moles and voles – which means keeping them from coming back. 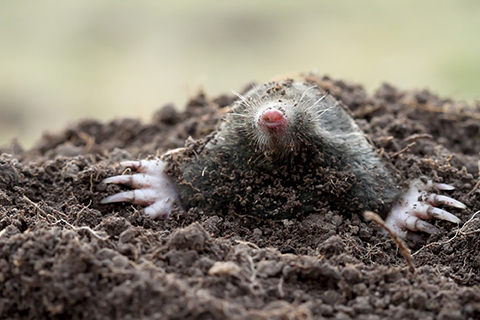 How to Tell if You Have Moles

Moles are small, gray rodents that don’t appear to have eyes or ears. Instead, they have large front paws with noticeable claws, which they use for digging and burrowing underground. There are different clues that you might have moles on your property, including:

How to Tell if You Have Voles

After a mole, you might have voles! These small, mouse-like creatures use previously established mole tunnels to create their own homes. Unlike moles, voles have clear eyes and ears and smaller paws. They’re also more likely to run through your garden or foliage above ground. Still, there are clear signs of voles, too:

Contact our sister company, Hatfield Pest Control, for all of your insect needs.